In chapter 2 of a report titled, Traffic Congestion and Reliability, Trends and Advanced Strategies for Congestion Mitigation,  prepared by the United States Department of Transportation under the Federal Highway Administration, traffic congestion was defined thus:

“Congestion is relatively easy to recognize—roads filled with cars, trucks, and buses, sidewalks filled with pedestrians. The definitions of the term congestion mention such words as “clog,” “impede,” and “excessive fullness.” For anyone who has ever sat in congested traffic, those words should sound familiar. In the transportation realm, congestion usually relates to an excess of vehicles on a portion of roadway at a particular time resulting in speeds that are slower—sometimes much slower—than normal or “free flow” speeds. Congestion often means stopped or stop-and-go traffic.”

For an average Lagosian or a person living or visiting Lagos, the most notorious feature of the city of Lagos is traffic congestion on the roads connecting many places in Lagos State. This short write up is about traffic congestion in Lekki, Lagos and the lessons from the Apapa traffic gridlock, in Lagos. 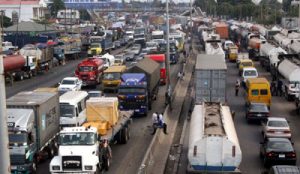 Apapa GRA, Old Ikoyi, Victoria Island and Ikeja GRA: What do they have in Common?

Apapa GRA had a history of being one of the best places to live in Lagos. The greenery and lush of the estate is top notch and it served as the residence of the “who is who” in Nigeria. Apapa GRA conveniently rub shoulders with other affluent and premium locations in Lagos State, such as Ikeja GRA, Old Ikoyi and Victoria Island. There were top schools, hotels, recreational facilities and a host of other premium features of an affluent location in Apapa. The prices of rental and other real estate assets were high and reflective of the ambience and glamour associated with similar locations of top value and taste. 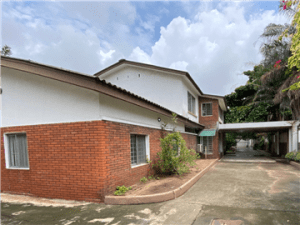 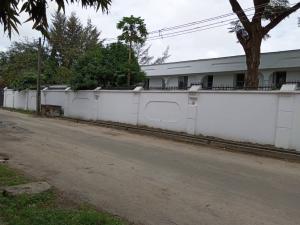 Apapa GRA was arguably at par with Ikeja GRA, Ikoyi and Victoria Island such that the Tenancy Law which applies to the generality of Lagos State specifically excluded Apapa GRA, Ikoyi, Victoria Island and Ikeja GRA as being outside its scope of operation because, among other reasons, these locations do not serve as the residence of the majority of persons who would need the protection offered by the Tenancy Law, a law enacted to protect tenants from the over bearing financial powers of their landlords. 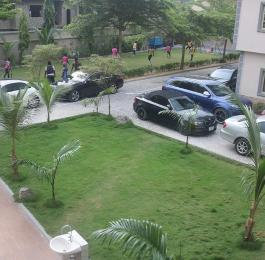 What happened to Apapa?

Apapa measures just about 10.3 Square Miles. It is a port city and the development of Apapa GRA was conceived as a result of the need to provide suitable residential location for people living, working and doing business in Apapa and its environ.  The roads leading to Apapa, especially the Oshodi-Apapa expressway used to be one of the best roads, free of harrowing traffic. However, this was to change as more businesses and business owners find a peaceful and welcoming home in Apapa. The influx of people to Apapa was not met with the necessary infrastructural amenities to meet the ever increasing population of Apapa. The roads, which were barely maintained, and even when they were in good shape could barely handle the sharp increase in population and consequential vehicular traffic, fell into intensive deterioration. At the foundation of this traffic menace are the activities and movement of trucks, containers and tankers. Being a port city, with no viable alternative means of moving goods to and from the ports to different parts of the whole country, the traffic situation was unavoidably exacerbated. No new roads were added and the existing ones were not only frequently congested but were in terrible shape and dire need of maintenance. 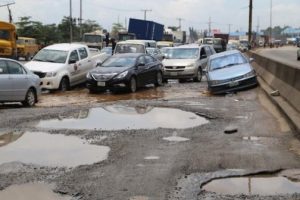 Did this happen overnight? Not really.  Although the problem was obvious, even as it was developing slowly, over 18 years ago, the Port Consultative Council of Nigeria warned the Federal Government that the traffic in Apapa would soon become unmanageable. Apparently, the warning was not heeded and not enough was done to contain it.

As a result of the resultant traffic gridlock, Apapa became a ghost of its former self. It is barely surviving from the constant assault of traffic congestion. Apapa is notorious for extensive traffic gridlock that seems to be unyielding to all the solutions thrown at it. The main connection to Apapa is the Oshodi-Apapa Expressway. There are other connections such as the Western Avenue/Ijora Way, or through the Ido Road from Apongbon. These alternative roads however could not rescue Apapa from the long dark cold hand of traffic gridlock. 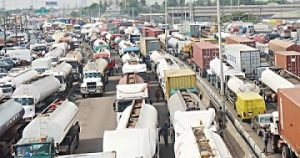 The effect of the Apapa traffic gridlock on prime real estate in Apapa is to create a mass exodus of people. Renters, buyers, investors and owners of premium properties and businesses were forced to find a way to relocate their residences and businesses from Apapa to other places in Lagos where the traffic is less dreadful. After several intense battles spanning over many years, traffic had the upper hand and defeated a once prosperous location of premium real estate. The effect of the Apapa monumental traffic gridlock on Apapa was a loss of over 50% of property value. Rental value also crashed alongside the massive fall in property prices.

However, not everyone could easily relocate from a once thriving premium location which they had invested in, all through their lives, as a retirement plan. Retired property owners, who had nowhere to relocate to, are still mourning the loss of their “retirement benefits” as a result of the traffic gridlock which erased the income which their properties would easily generate during the heyday of the once glorious Apapa.

Among several efforts aimed at controlling the menace of traffic in Apapa is the repair of a major part of the road and recently the introduction of the Electronic Call-Up System which has helped. Hopefully more intervention methods would be adopted, but more importantly, the same mistake should not be repeated in Lekki.

The Evolution and Rise of Lekki and the Attendant Infrastructural Challenges

Lagos, a city of just about 1340 Square Miles, is the undoubtedly the most populous city in Nigeria. A large percentage of the circa 23 million persons living in Lagos live on the Mainland. However, in fairly recent times, with the opening up of the Lekki-Epe axis of the very massive island which contains Victoria Island, Lekki Phase 1, up to Ibeju Lekki and Epe, and which is more than half of the total land mass of Lagos State, there has been a massive outflow of persons from the mainland to the “Island”.  The attraction is the newness of the area in comparison to the Lagos mainland and the affordability of properties (properties are comparatively cheaper in the hinterland of the island compared to the mainland) and of course the recency of the architectural landscape of the location and the youthfulness and vibrancy associated with the population of Lagos moving to this location, the movement is indeed rapid and far outpaces the development of many infrastructures, especially road networks in the area.

The problem of infrastructural deficit in Lekki is compounded by the fact that, although development is rapid and Lekki is being urbanized at a fast pace, still fairly less than 40% of the area has been developed, the area is not properly laid out like most places on the Mainland. The road network is poor and there is only one major and comparatively narrow stretch of road connecting the entire stretch of Lekki, namely, the Lekki-Epe Expressway. Unlike the Mainland which is well networked with many major roads and several alternatives, because of the rate at which development is ongoing and the said development being largely uncontrolled by the State Government and outside a requisite proper urban master plan or layout of the area, which the mainland had benefitted from several decades ago, apart from the road network in Lekki Phase 1, there are barely any other planned major road networks. Most roads are created by private development efforts within the area where such private development is happening.

There is also an upcoming seaport, an airport, a refinery and possibly in the future, tank farms in this area. Is there a possibility that the tankers, trucks and container menace which ravaged Apapa for decades will also happen in Lekki?

The above summary of the Lekki situation can only lead to a singular catastrophic outcome. Although it is already manifesting very slowly, the traffic disaster that befell Apapa may become the unavoidable fate of Lekki except drastic measures are immediately taken to avert it.

The Lekki-Epe expressway is the longest road in the axis and is currently the only road which connects the entire stretch of the area. The State Government had plans to build other roads to support this major road. Currently under construction is the Lekki Regional Road which is anticipated, will reduce the traffic usually experienced on the Lekki-Epe expressway during the traffic rush hours, which is gradually becoming every hour of the day in the axis. The problem of the incoming traffic gridlock in the axis is compounded by the presence of two large bodies of water adjourning the area, namely, the Lagos Lagoon and the Atlantic Ocean. These bodies of water are a barrier to the ease of creating many alternative roads, which could ordinarily have been built on the land itself, but with the rapid pace at which houses and businesses sprang and are still springing up in the area, and without a State predetermined and planned urban roads network, this has become very hard to do, but not impossible. If the State intends to dramatically solve this problem, sooner or later, many of the developments would have to take the bitter pill of paving way for roads to be built.  In the case of Apapa, even as I write this, Apapa still has a better road network and more alternatives that most places in Lekki and yet it suffered a traffic catastrophe. At the ripeness of time, if not properly managed or controlled, Apapa would be a child’s play compared to the traffic disaster that will befall Lekki. This brings us to the very vital question: Will the State learn from the disaster of the Apapa traffic gridlock or proceed to make the same mistake in Lekki? 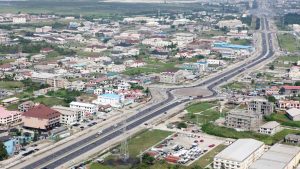 History Lesson or a Repeat?

The name “Apapa” brings many unpleasant memories and shudders to property owners and investors. The Apapa traffic gridlock was indeed a behemoth that did brought a lot of persons to their knees. It is like the molten lava of a mountain experiencing a slow but definite volcano. It flows slowly but surely destroying anything that dares to stay in its path. There was a time in the distant past when the Apapa traffic could be effectively managed if not averted, but nothing significant was done until it became a full grown monster. The lesson here is that while there is still time, and there is barely time, the State Government should harness its resources and create alternative major routes and alternative forms of transportation. Use of light rails and water transportation are options that can be explored in Lekki, in addition to creating more major routes. This would not only enhance the value of property in Lagos State, and especially in the axis, it would also help to rapidly reduce the pressure on the extensive road networks and other infrastructure on the mainland.

The time to act is NOW!

The Ikoyi Collapse: Its Effect on The Perception of Real Estate Development and Developers in Lagos: The Way Forward 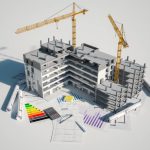 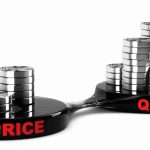 Grades or Classes of Apartments: What They Mean and How To Choose?